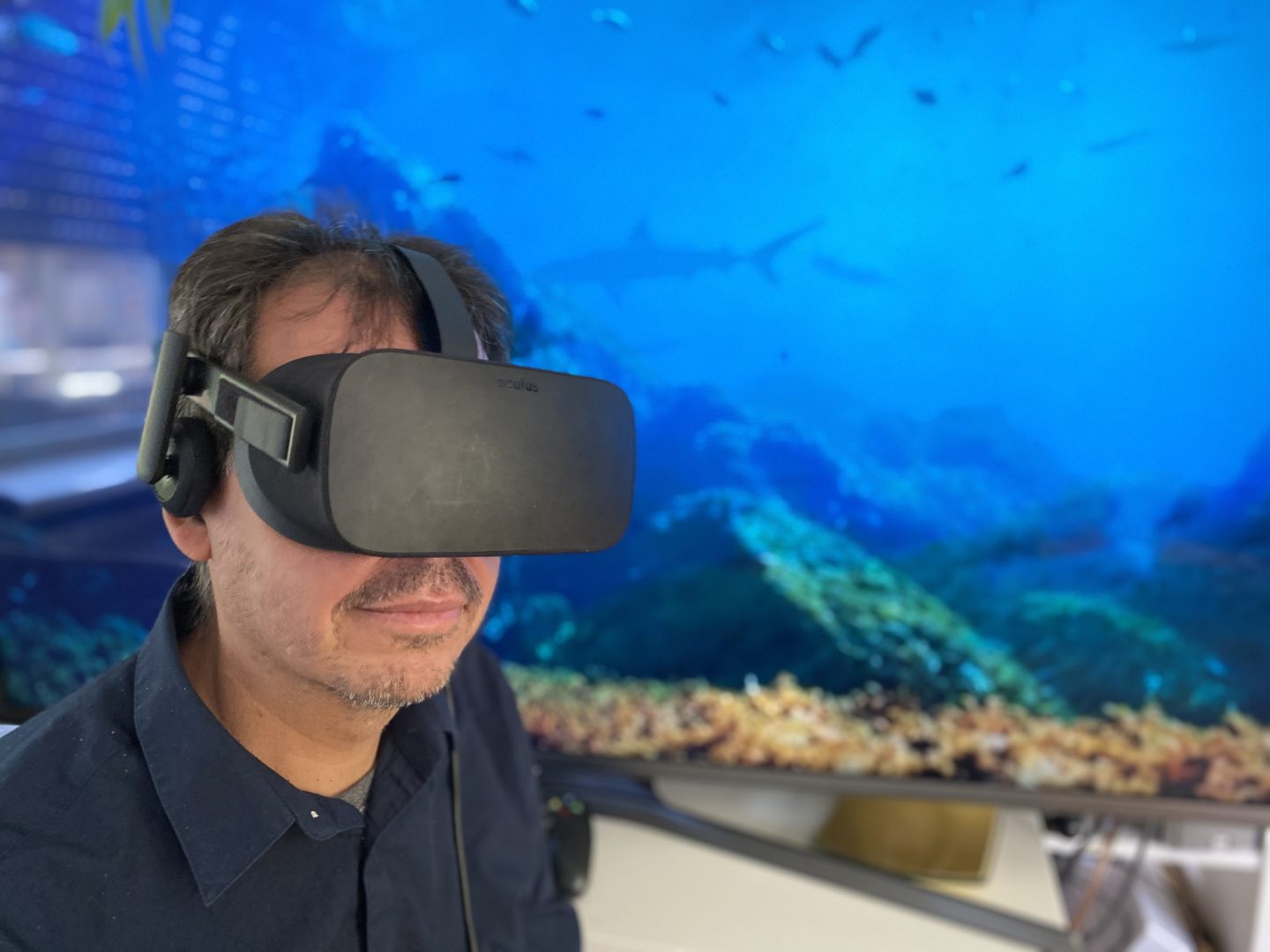 Particular for the “Banknote Conference” in Dallas, a Virtual Reality game was developed. Giesecke & Devrient, the client, provides security technology for banks and banknote printing. They commissioned a 3D game, which had to be a highlight for their fair visitors.
A virtual submarine trip in the Antarctic ocean was created. For about two minutes, the audience could gaze at the beauty of penguins and whales at the G&D stand. To complete and make it a highlight, banknotes had to be collected during the trip with the help of VR controllers. The goal was to collect the most banknotes and become the winner of the day.

This game was developed with Unity 3D for the Oculus Rift, although it also it would work on other virtual reality systems.