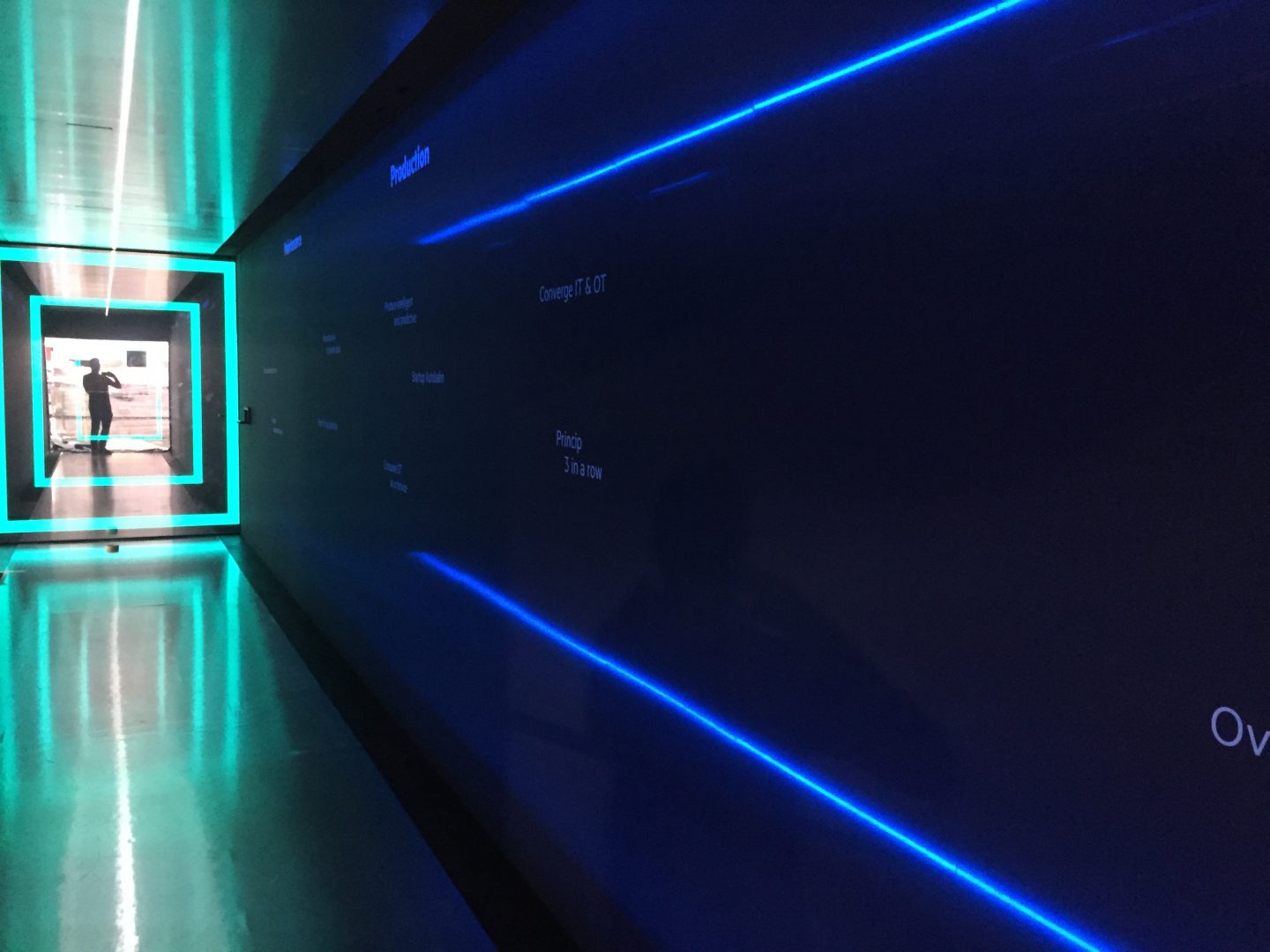 In 2018, a laser tunnel was on display at the HPE stand. Hewlett Packard Enterprise stands for hardware, server, cloud and network solutions.

The tunnel was equipped with monitors on both sides and a semitransparent gauze in front of it. Programmed keywords appeared on this gauze, which could be tapped with fingers. Through this interaction, a suitable video appeared behind the wall. The monitors were equipped with a FireTV module which played a specially developed Unity3D project.

The content was triggered by a specially designed laser scanning technology and 10 mini laser scanners. The laser scanners were controlled via an Arduino module. Klaermedia developed the appropriate software and hardware for this.